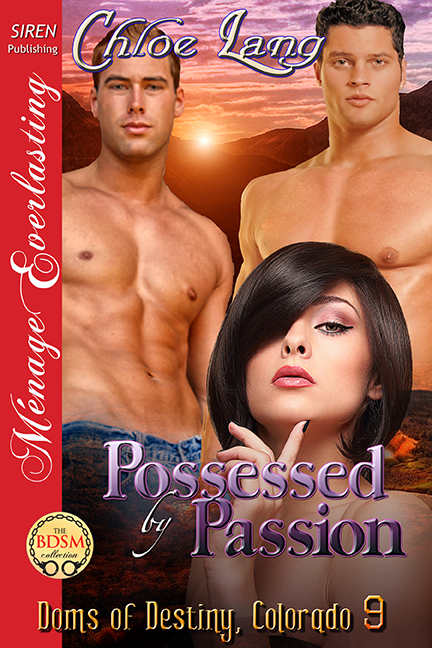 A murderer seeking revenge discovers how much Paris means to the Ryder brothers.

Paris Cottrell is keeping a secret from her ex-boyfriends, Dustin Doc Ryder and his brother Mick. Rather than confess, she decides to accept a position that will take her away from her hometown of Destiny and away from the two men who hold her heart.
Dustin has a secret of his own that keeps him from opening up and reclaiming Paris, the only woman hes ever loved. He believes Paris and Mick are wasting their talents, so he continues to push, which is driving a wedge between all of them.

Mick tries to be patient with both Paris and Dustin, believing things will turn around and the three of them will be together again. But when Paris tells him about her new job he knows he cant wait any longer. He must act now or will lose her again, and this time it will be forever.Has Lunceford finally gone too far? Can two blind men save the woman of their dreams? Best friends, Chance Reynolds, who was born blind, and Jaris Simmons, who lost his sight in an accident, begin working for the beautiful Kaylyn Anderson at her service dog training school.

Kaylyn has loved Chance for years, and is falling for Jaris, too. A misunderstanding has kept her from opening up to both of them. She knows its best to keep things professional with Chance and Jaris, but finds it difficult. They see her better than anyone.

Sensing Chance has deep buried feelings for Kaylyn, Jaris pushes him to tell her the truth. When his plan succeeds better than hed ever imagined, Jaris finds himself struggling with his own desires for Kaylyn. When the towns most villainous enemy returns to Destiny, Kaylyn gets caught in the cross fire. Evil must not survive or this trio will lose their chance at love, and also their lives.